As the saying goes, Paul planted the seed and Apollo watered it—Such is the case of Super Falcons and Adana Idmanyurduspor FC forward, Ramat Abdulkareem Ohunene. It was an emotional interview as she recounts her grassy days to OJBSPORT.

Ramat’s late dad introduced her to the beautiful game of football at a tender age of six. He encouraged his daughter to play football, in an environment where girls playing football or choosing it as a career wasn’t a trend.

“I started football at a very young age through my dad, I was in primary 3. My father was a soldier and he joined the army through football.”

Ramat is the second child of five, born and raised in Kaduna, the northern part of Nigeria. Her father, a military officer and a deep lover of football, encouraged his daughter to play football. And he strictly kept her on her toes to get better.

To a young and naive Ramat, his efforts to make her focus was a torture and stress. Little did she know her father’s seed was meant to yield bountiful fruits later.

“My dad encouraged me a lot, whenever he comes to pick me up and take me to football trainings, I felt he was troubling me, but I was too young to know better.” She smiled.

After the painful demise of her father, Late Mr Abdulkareem, her passion for the sport was crushed and dampened. There was no one to support and encourage her to keep aspiring, so she thought. Until her mother surprisingly held the totem her father dropped, by taking charge and monitoring her progress keenly.

“When my dad died, my mother took over, She was everything. She gave her full support. She bought me everything I needed.”

Discussing her hurdles and challenges before she rose to the top echelons of her career, she revealed – “People mocked me, that how can a Muslim girl put on football short to play football.”

“People mocked me, that how can a Muslim girl put on football short to play football.”

But instead of letting it get to her, she found courage in their words.

“I wasn’t concerned with the insults and discrimination, I took them as motivation that I have to be successful and make my family proud.”

In life, turmoil is never shared by many, but success attracts multitude. Even those that never believed in your dream.

“Those people that mocked me then in Kaduna, now accord respect to my family and speak of me with pride.” She added 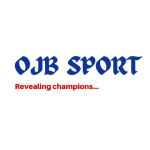